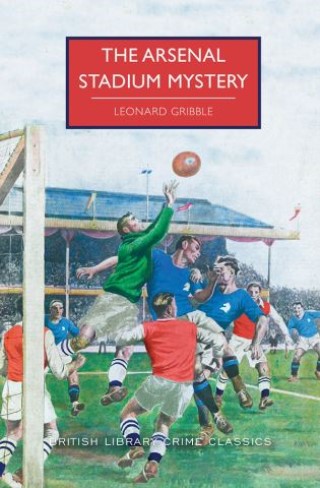 Mystery crime fiction written in the Golden Age of Murder

'No one had tackled Doyce. He had been alone when he fell. He had simply folded up like a jack-knife and slipped to the ground. What had happened?'

The 1939 Arsenal side is firing on all cylinders and celebrating a string of victories. They appear unstoppable, but the Trojans—a side of amateurs who are on a winning streak of their own—may be about to silence the Gunners.

Moments into the second half the whistle blows, but not for a goal or penalty. One of the Trojans has collapsed on the pitch. By the end of the day, he is dead.

Gribble's unique mystery, featuring the actual Arsenal squad of 1939, sends Inspector Anthony Slade into the world of professional football to investigate a case of deadly foul play on and off the pitch.

Leonard Gribble: LEONARD GRIBBLE (19081985) was a prolific writer from Devon who wrote under several pseudonyms including Leo Grex and Piers Marlowe. His books often focused on the particulars of policing and the judicial system. He was one of the founding members of the Crime Writers' Association in 1953.