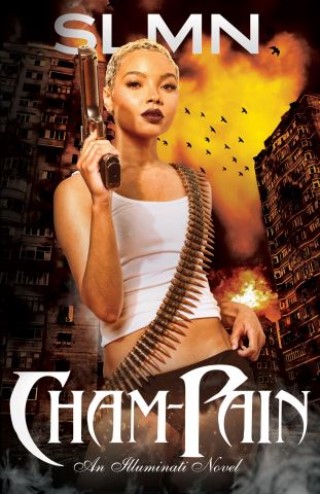 "Does fiction get much darker ... Deliberate and creepy, "this taps into genuine human traits like fear, greed, and stupidity."
--Library Journal'  on Sunfail

Faith Newsome has it all-a loving husband, beautiful daughter, and a stable life as the owner of a thriving shoe boutique in Washington D.C. Yet a part of her feels as if she's not who she seems to be, as if she's living a lie.

When Faith gets kidnapped by a group of goons while walking to her car, she suddenly remembers who she is-not the suburban wife and mother whom she convinced herself to be, but Champagne, the daughter of one of the most ruthless killers and drug dealers in New York City who went missing and was presumed dead years prior.

As the memories begin to flood back in, Faith remembers why she ran from her past and why, if she wants to stay alive, she has to keep running.

SLMN: SLMN is a writing duo made up of two unique talents. In one life he has fought injustice wherever he has seen it, spending several years in developing nations helping those who couldn't for whatever reason help themselves. He worked on projects to bring fresh water to areas without it, to provide sex and health education and secure vital aid in war torn regions. He has served on peace keeping forces, campaigned against the deployment of landmines and in the last decade devoted his life to ecological issues, most notably combating the illegal trade in endangered species. He has witnessed atrocities no man should ever see, and glimpsed the secret inner workings of the world run by the rich and powerful making him enemies of some of the most dangerous men in the world. Never once has he walked away from a fight. In another life SLMN has produced a number of movies and is both a New York Times and USA Today Bestselling Author.