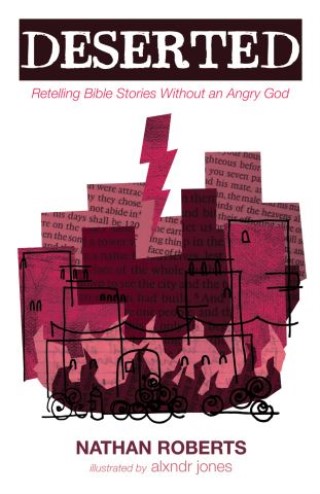 What would the earliest stories of the Bible be like without an angry God smiting humans with floods, fire, frogs, and brimstone? They might become the story of a mother surviving a snake bite and a dangerous pregnancy. Architects and dreamers building towers and boats to save themselves from the harsh desert. A doctor who obsessively cleans. Young gay lovers seeking refuge in the sanctuary cities of Sodom and Gomorrah. Estranged brothers planning ten terrorist attacks to free their people from slavery. Without an angry God, the Bible might become a fictional collection of stories about deeply human men, women, and children from a small nomadic tribe deserted in an ancient Hebrew desert.

Nathan Roberts: Nathan Roberts is a pastor in Minneapolis, a founding editor of The Salt Collective progressive Christian magazine, and the author of Poor Millionaires: The Village Boy Who Walked to the Western World and the American Boy Who Followed Him Home (2014).