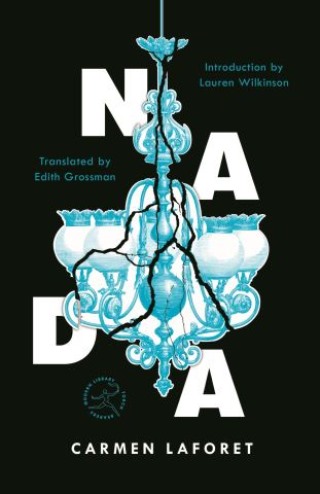 Renowned as Spain’s The Catcher in the Rye, this passionate coming-of-age novel follows a rebellious college-age girl as she uncovers her family’s secrets in chaotic, polarized, post-Civil War Barcelona.

Andrea, an eighteen-year-old orphan, moves in with her volatile Barcelona relatives to attend the local University. Living in genteel squalor in a mysterious house on Calle de Aribau, Andrea relies on her wealthy, beautiful, bohemian friend Ena to prove that normal life exists beyond the gothic dwelling she calls home. In one year, as her innocence melts away, Andrea learns the truth about her overbearing and religious Aunt Angustias, her cruelly sensual, musically gifted uncle Román and his violent brother Juan, and her lovely Aunt Gloria, who provides the family's bread with furtive gambling expeditions. She also learns the truth about Ena—and why her friendship goes hand in hand with her interest in Andrea’s family. Peppered with dark humor, energy, and hope, Carmen Laforet's stunning classic is the story of a young woman who endures the harsh realities of post-Civil War Barcelona, emerging wiser and stronger, and with a bright future ahead of her.

Carmen Laforet: Carmen Laforet (1921–2004) was awarded the first Premio Nadal, for Nada, in 1944. She wrote a short-story collection and five other novels, including La mujer nueva (The New Woman), which won Spain’s National Prize for Literature in 1955.

Edith Grossman is the distinguished recipient of two Translation of the Year awards from the American Literary Translators Association and the 2006 PEN Ralph Manheim Medal for Translation.