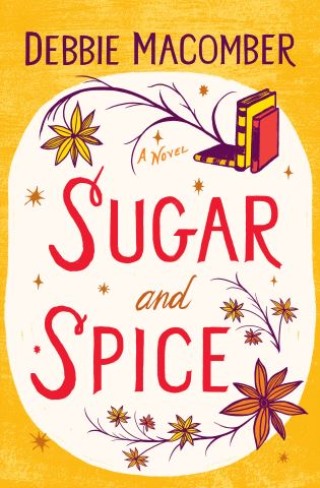 A kindhearted librarian gets more than she bargained for when she sets out to find the man of her dreams—by the book, of course—in this charming novel from #1 New York Times bestselling author Debbie Macomber.

Jayne Gilbert longs to attend her high-school reunion with a handsome man on her arm. Still single ten years after graduation, Jayne wants nothing more than to prove her former bullies wrong. The only romances in her life are those she reads about so, at the encouragement of her coworker, a determined Jayne decides to do her research.

As Jayne prepares to teach herself how to land a man, an encounter with her neighbor Riley Chambers quickly changes everything. Just when she believed she’d be alone forever, Jayne finds herself falling for Riley in ways she never expected. But Riley is just as bold and mysterious as Jayne is prim and proper. Opposites may attract, but are Riley and Jayne built to last?

Debbie Macomber: Debbie Macomber, the author of A Walk Along the Beach, Window on the Bay, Cottage by the Sea, Any Dream Will Do, If Not for You, and the Rose Harbor Inn series, is a leading voice in women’s fiction. Thirteen of her novels have reached #1 on the New York Times bestseller list, and five of her beloved Christmas novels have been hit movies on the Hallmark Channel, including Mrs. Miracle and Mr. Miracle. Hallmark Channel also produced the original series Debbie Macomber’s Cedar Cove, based on Macomber’s Cedar Cove books. She is also the author of the cookbook Debbie Macomber’s Table. There are more than 200 million copies of her books in print worldwide.