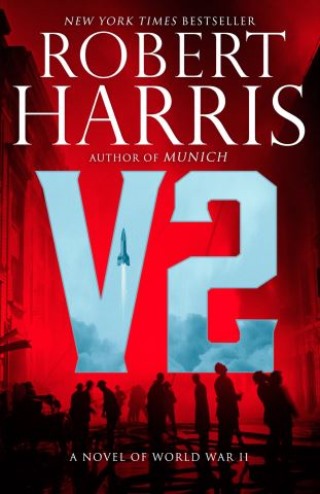 A novel of World War II

The first rocket will take five minutes to hit London.
You have six minutes to stop the second.

From the best-selling author of Fatherland and Munich comes a WWII thriller about a German rocket engineer, a former actress turned British spy, and the Nazi rocket program.

Rudi Graf is an engineer who always dreamed of sending rockets to the moon. But instead, he finds himself working alongside Wernher von Braun, launching V2 rockets at London for the Nazis from a bleak seaside town in occupied Holland. As the SS increases its scrutiny on the project, Graf, an engineer more than a sol - dier, has to muster all of his willpower to toe the party line. And when rumors of a defector circulate through the German ranks, Graf be - comes a prime suspect.

Meanwhile, Kay Caton-Walsh, a young English intelligence officer, is living through the turmoil of war. After she and her lover, an RAF officer, are caught in a V2 attack, she volunteers to ship out for newly liberated Bel - gium. Armed with little more than a slide rule and a few equations, Kay and her colleagues hope to locate and destroy the launch sites. But at this stage in the war it’s hard to know who, if anyone, she can trust.

As the death toll soars, these twin stories play out against the background of the German missile campaign during the Second World War. And what the reader comes to under - stand is that Kay’s and Graf’s destinies are on a collision course

Robert Harris: ROBERT HARRIS is the author of twelve novels: Fatherland, Enigma, Archangel, Pompeii, Imperium, The Ghost Writer, Conspirata, The Fear Index, An Officer and a Spy, Dictator, Conclave, and Munich. Several of his books have been adapted to film, most recently The Ghost. His work has been translated into thirty-seven languages. He lives in the village of Kintbury, England, with his wife, Gill Hornby.