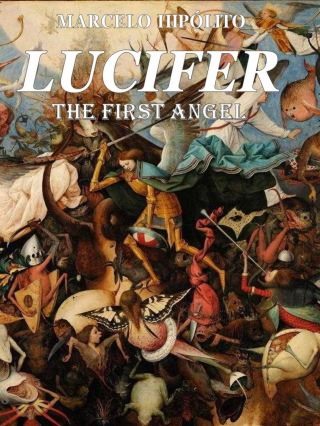 Lucifer - The First Angel
'Lucifer - The First Angel' is a brutal epic about how and why the greatest hero of God fell to darkness.
From the dawn of creation up to the ruin of all existence, it reveals the true nature of Good and Evil, the meaning of Life and Death, and that even in Hell it is possible to find honor and sacrifice.
The author carried out an extensive detailed research on archaeological discoveries and teachings of Taoism, Buddhism, Jewish Christianity, Islam, Brahmanism, among other ancient beliefs and philosophies.

Marcelo Hipólito: Marcelo Hipólito (author) Hipólito is an author of fantasy, historical and adventure novels, launched by some of the greatest publishers in Brazil like Editora Nobel, Marco Zero, and Novo Século.
Hipólito gives lectures at important literary events, such as: the Poços de Caldas Literary Festival (Flipoços 2015) and the Joinville Book Fair 2015.
Hipólito is co-author of several short stories published in English, in the United States, United Kingdom and Spain, among which stands out 'Eternal Grief', nominated for best horror short story in the US, in 2003, by the Preditors & Editors Readers' Poll.