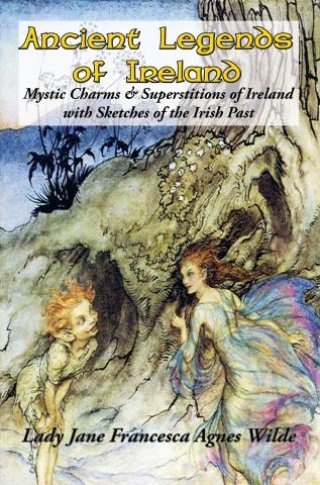 Mystic Charms & Superstitions of Ireland with Sketches of the Irish Past

This beautiful keepsake edition of Ancient Legends of Ireland is lavishly illustrated with 22 period illustrations. While Lady Jane Francesca Agnes Wilde is probably best known for being Oscar Wilde’s mother, she was a formidable writer in her own right. The people of Ireland owe Lady Wild a great debt for collecting and persevering folk-lore that might otherwise have been lost to them. The present work deals with the mythology, or the fantastic creed of the Irish respecting the invisible world and their strange and mystical superstitions, brought thousands of years ago from their Aryan home, but which still, even in the present time, affect all the modes of thinking and acting in the daily life of the people. Told with power as well as with simplicity ... a very interesting and readable collection of folk-lore.—Graphic. Lady Wilde’s book is delightful.... Amongst those best acquainted with Irish folk-lore, legends, and mysteries, we believe few will be found capable of adding many words to pages which could only have been filled by an Irish woman lovingly treating such a subject.—Vanity Fair.