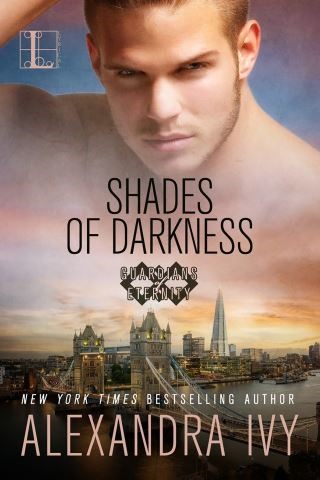 “Ripe with humor, romance, and the thrill of the chase…exciting.”
—Publishers Weekly

The Guardians of Eternity think they’ve averted the disaster that could destroy them. But in New York Times bestselling author Alexandra Ivy’s world of temptation, lust, and secrets, one slip could change everything . . .

Chaaya endured centuries as a sacrifice, protecting her people from an evil that could destabilize all magic. At long last, her servitude is over—and she’s raring to have some fun. The baddest ghost-girl in Las Vegas has a talent for causing mayhem. And for getting under the skin of her solid, silent bodyguard, the vampire Basq . . .

Basq doesn’t let anyone close. He’s learned the costs of companionship. But reckless, disrespectful Chaaya, with her fiery temper and her fierce loneliness, isn’t like anyone else. Staying near her isn’t just a duty, it’s a hunger. When a prisoner of Chaaya’s last battle escapes, possibly seeking Chaaya’s nemesis, Basq isn’t letting her chase through a hellscape mirror London alone. But when the choice is between abandoning everything that’s kept them alive, or each other, survival will take not only desire—but trust . . .