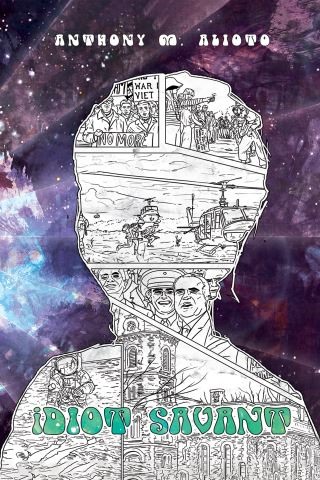 Fall semester, 1969: a socially awkward student, Sylvian Matreya, returns to a small Midwestern university in order to continue his studies in physics. Despite his efforts to avoid student activism, he becomes a sought-after recruit by the Great Truth Cloud (a psychedelic hippie cult) and the People's Will (a violent band of revolutionaries). Both seek to indoctrinate him and bring him into their respective movements. But why? Why him? Up to this point in his life, Sylvian has been invisible. People call him an "idiot." After the revolutionary murder of a student, our "idiot" seems to drop through the floor of reality into a murky, fantastic world of wild plots and stranger people. And in so doing, Sylvian discovers his own surprising destiny.

Anthony M. Alioto: Anthony Alioto recently retired after a thirty-seven-year tenure at Columbia College, including the last sixteen as the first John Schiffman endowed chair in ethics, philosophy, and religious studies. He carried out the vision of the Schiffman family, bringing noted speakers to campus two times a year for lectures focused on religious studies and ethics in society.
Alioto has written several scholarly texts, including A History of Western Science; Saintly Sex: Saint John Paul II, Sex, Gender and the Catholic Church; The Ninefold Path; and Exalted Father: The Books of Marduk.