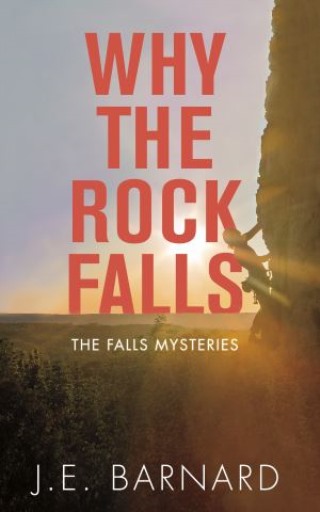 Why the Rock Falls

Danger lurks in the wilderness of the Rockies.

After a dinner-party clash between entrenched oil interests and liberal Hollywood insiders, only Michael and Tyrone, the two children at the disastrous event, remain friends. But soon one dinner guest dinner guest is dead and two more are missing in the Alberta wilds.

As Jan Brenner comforts the newly-bereaved Michael, Lacey McCrae infiltrates the Caine oil dynasty to learn which of Tyrone’s older half-brothers and their scheming mothers most want him gone. With the search for the missing heading into its third night, Lacey uncovers a massive hole in the Caine ranch’s security network as well as evidence of previous attacks on Tyrone. Then Jan discovers a long-buried connection between the two families that threatens Michael, too.

As thunderstorms roll over the vast limestone cliffs of the Ghost Wilderness, danger stalks Michael, Tyrone, and the women who struggle to keep them safe.

J.E. Barnard's first book in the Falls Mysteries series, When the Flood Falls, won the Unhanged Arthur Ellis Award in 2016. Her novella Maddie Hatter and the Gilded Gauge was an Alberta Book of the Year and a 2018 Prix Aurora finalist. She lives in Calgary.