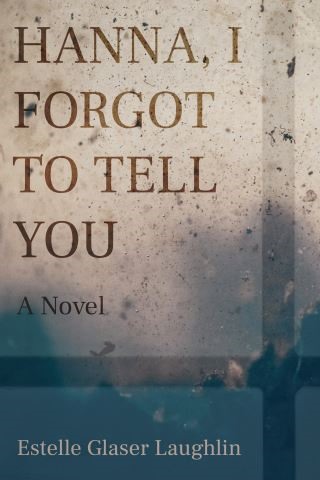 Hanna, I Forgot to Tell You

Hanna, I Forgot to Tell You is a historical novel written by Estelle Laughlin, a Holocaust survivor. Laughlin grew up in Warsaw before she was deported to multiple Nazi death camps, from which she was eventually liberated in January 1945. Hanna, I Forgot to Tell You is an imagining of what might have been. The book tells the story of Malka, a teenaged Jewish girl in the Warsaw ghetto who is smuggled to the Christian neighborhood and given a new identity. The novel highlights a historically accurate Holocaust narrative not frequently told: that a small number Jewish children were smuggled into Christian families in neighborhoods that immediately abutted the confined ghetto. Laughlin’s novel describes the harrowing process of trying to obtain false identity papers and secreting away through an underworld of smugglers and black marketeers. Malka learns to navigate this world while some family and friends find ways to trade for extra food and others disappear and are never heard from again. A beautiful and solemn story of survival, Hanna, I Forgot to Tell You counts the costs for those who made it to the other side of an impossibly dark moment of history.

Estelle Glaser Laughlin: Estelle Glaser Laughlin, a child survivor of the Warsaw Ghetto, the Uprising, and concentration camps, immigrated to America at eighteen. With only three years of public school education, she earned a master’s degree in education. After retirement from a long career in teaching in Maryland, she has continued to write and lecture widely about her experience and survival.