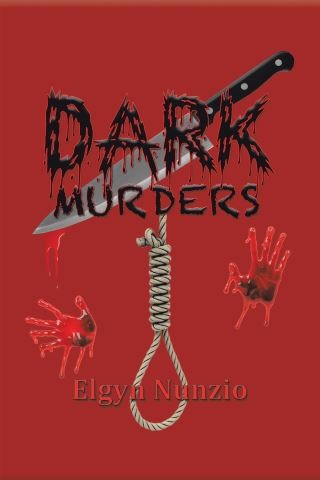 The book, DARK Murders was inspired by the many different television programs about serial killers and cold cases.  It's a story about a fictional medium sized city in Arizona that all of a sudden has more murders than they have ever before all combined.  The story brings to life the real life experiences that victims often go through. You also get a look into the mind and motivations of a serial killer.

Elgyn Nunzio: Elgyn Nunzio was born in New York City where he lived until he was 5 years old.  He and his family then moved to a small town in Northeast Georgia where they lived for eleven years before moving to Arizona.  After retiring, he finally found himself with enough time to concentrate on the story told in this book.  He wrote well into the night for weeks, as the fantasies in his head flowed out onto the computer screen. In addition to working in an aerospace machine shop for over 35 years,  Elgyn writes his own lyrics for original songs and played lead guitar in his own rock band.  He loves writing but song lyrics weren’t enough to satisfy his strong desire to write a book. After several attempts through the years, this is the first book that actually resulted in more than just a few pages.  He started out to write a children’s novel, then he started writing a relationship book, then finally finished his first book about a serial killer. When he is not writing, he enjoys many other passions which took a back burner while writing this book.  A few of his favorite things to do is riding his Harley, target shooting, writing songs and playing guitar.  Also taking a back seat was working in his professional recording studio and enjoying time sitting in his backyard gazebo by his large koi pond.  He is also involved in the movie business as a co-producer on a horror movie and a producer on an A-List Hollywood movie.