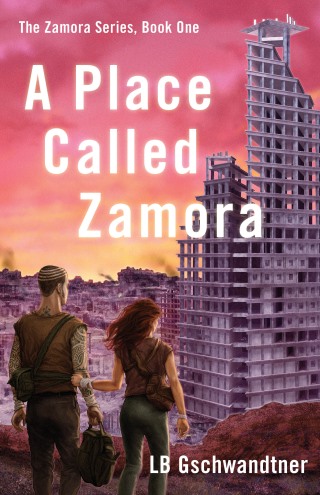 Niko and El are trapped in a politically corrupt dystopian city where brutality rules. After winning a cynical race where only one rider can survive, Niko tosses aside his chance to join the city’s corrupt inner circle by choosing lovely, innocent El as his prize—thus upsetting the ruling order and placing them both in mortal danger. With the Regime hunting them and the children of the city fomenting a guerrilla revolt, the two attempt a daring escape to the possibly mythical utopia, Zamora. But as events unfold, the stirrings of love El once felt for Niko begin to morph into mistrust and fear. If they reach Zamora, will Niko ever claim his secret birthright? And what will the future hold if he loses El’s love?