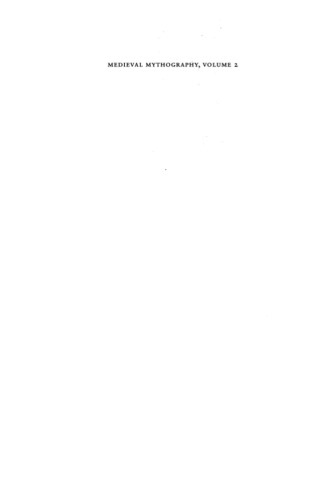 The second volume in Jane Chance's study of the history of medieval mythography from the fifth through fifteenth centuries focuses on the time period in Western Europe between the School of Chartres and the papal court at Avignon. This examination of historical and philosophical developments in the story of mythography reflects the ever-increasing importance of the subjectivity of the commentator. Through her vast and wide-ranging familiarity with hitherto seldom studied primary texts spanning nearly one thousand years, Chance provides a guide to the assimilation of classical myth into the Christian Middle Ages. Rich in insight and example, dense in documentation, and compelling in its interpretations, Medieval Mythography is an important tool for scholars of the classical tradition and for medievalists working in any language.