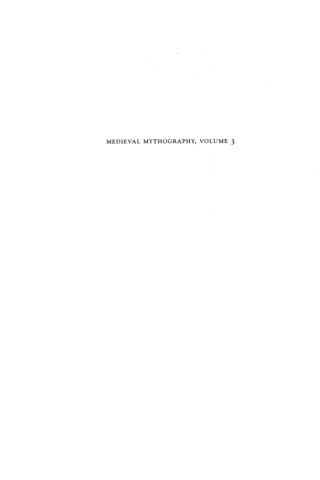 With this volume, Jane Chance concludes her monumental study of the history of mythography in medieval literature. Her focus here is the advent of hybrid mythography, the transformation of mythological commentary by blending the scholarly with the courtly and the personal. No other work examines the mythographic interrelationships among these poets and their unique and personal approaches to mythological commentary.