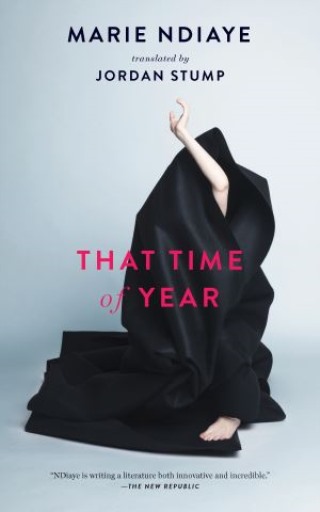 That Time of Year

"Marie NDiaye is so intelligent, so composed, so good, that any description of her work feels like an understatement." —The New York Review of Books

Herman’s wife and child are nowhere to be found, and the weather in the village, perfectly agreeable just days earlier, has taken a sudden turn for the worse. Tourist season is over. It’s time for the vacationing Parisians, Herman and his family included, to abandon their rural getaways and return to normal life. But where has Herman’s family gone? Concerned, he sets out into the oppressive rain and cold for news of their whereabouts. The community he encounters, however, has become alien, practically unrecognizable, and his urgent inquiry, placed in the care of local officials, quickly recedes into the background, shuffled into a deck of labyrinthine bureaucracy and local custom. As time passes, Herman, wittingly and not, becomes one with a society defined by communal surveillance, strange traditions, ghostly apparitions, and a hospitality that verges on mania.

A literary horror story about power and assimilation, That Time of Year marks NDiaye once again as a contemporary master of the psychological novel. Working in the spirit of Leonora Carrington, Victor LaValle, and Kōbō Abe, NDiaye’s novel is a nightmarish vision of otherness, privilege, and social amnesia, told with potent clarity and a heady dose of the weird.

Marie NDiaye: Marie Ndiaye was born in 1976 in Pithiviers, France. She is the author of around twenty novels, plays, collections of stories, and nonfiction books, which have been translated into numerous languages. She’s received the Prix Femina and the Prix Goncourt, France’s highest literary honor, and her plays are in the repertoire of the Comédie-Française.