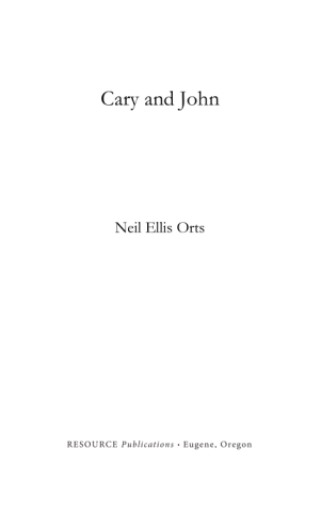 In the early 1970s, during a time when their families lived in separate cities, Cary and John kept in touch with each other through letters that were kept secret from their wives and daughters. Forty years later, those daughters, Gloria and Cathy, still the closest of friends, discover these letters. Their fathers now deceased, they learn of a life they never imagined their fathers having. Shifting between the present and the story the letters tell, two families struggle with their religion, their morals, and the question of what it means to be faithful.

Neil Ellis Orts: Neil Ellis Orts is a native Texan, a farm boy from the south central part of the state and a city man currently living in Houston. His interests have taken him to study theater and performance and theology as well as to dabble in endeavors that don't fit neatly under those headers. He is a generally curious individual.