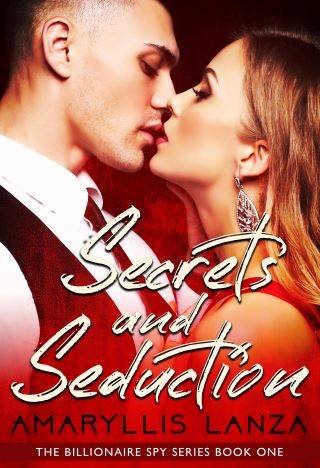 Can the willful and independent Mariana handle the sting of being taken in hand by the billionaire spy?

When crisis-management and PR specialist Mariana Stein meets a handsome and charming tree surgeon, William Smith, in the frostbitten orange orchards of Orlando, she feels a powerful attraction and breaks her strict rules about mixing business and pleasure. When she meets up with Smith again, by chance, on his turf in the hills of Connecticut, she discovers that this green-thumbed man of her dreams is an onion, with many layers, each of them more intriguing than the next, and as likely to make her laugh as make her cry.

William Smith has learned to manage his multiple roles well, over the years, always governing himself by what is expected of a man, to protect and defend the most vulnerable. In, Mariana he has found his one true match, and there is no way he can afford to let her slip through his fingers. They marry in a rush, but Mariana’s stubborn streak is vexing, and could prove lethal. Can he get his delightful and independent new bride to obey him, for her own good? He’s determined to succeed or to die trying. The family paddle might help. As the couple begins their life together, Mariana learns Will’s big secret—and she’s only scratched the surface.

Can the willful and independent Mariana handle the sting of being taken in hand by the billionaire spy? She’s willing to stand by her man, though sitting by him might prove painful.

This is book one of the series but can be enjoyed independently.

Publisher’s Note: This contemporary romance includes elements of danger, suspense, mystery, intrigue, action, adventure, sensual scenes, and power exchange. If any of these offend you, please do not purchase.