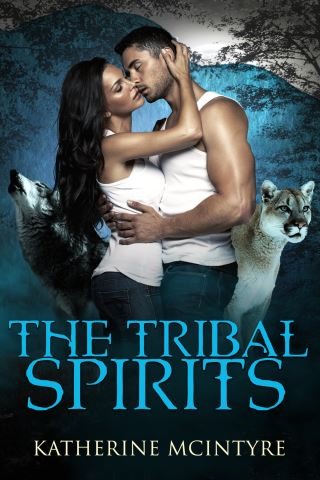 1 - Forged Alliances Sierra and Dax's alliance is already rocky. He's a cocky wiseass, and she doesn't put up with bullshit. So, when a mating bond appears between them, it threatens to send them both running.

2 - Forged Decisions When Finn falls for Navi, a member of the East Coast Tribe, he'll have to choose between the pack and family who saved him and the unforgettable woman who's made her mark.

3 - Forged Contracts When Jer kisses his best friend Raven, the feelings they've been avoiding surface—including secrets from the past that might destroy them both.

4 - Forged Futures Lana's barely surviving the loss of her husband when Tribe member Lucas offers protection from the Landsliders, but in each other, they might uncover a chance to heal.

5 - Forged Redemption The sparks of Ally and Drew's old relationship ignite, but their broken pasts and a final fight against Mackey Kendricks threaten any hope of a future.

Mackey Kendricks is a Tribe member gone rogue, one of the immensely powerful individuals imbued with the original shifter animals by the shamans themselves. All that power, and he's using it to tear the region apart, abusing his abilities. When he starts meddling in the Red Rock and Silver Springs territory, they step up to the fight, assisted by the East Coast Tribe who have come to clean up their brethren's mess.

However, Mackey's breaking every rule of a fair fight by the claw and fang and gaining allies through the region like wildfire, a threat the Tribe needs to stop at once, before he spirals out of control.

Katherine McIntyre: Strong women. Strong words.Katherine McIntyre is a feisty chick with a big attitude despite her short stature. She writes stories featuring snarky women, ragtag crews, and men with bad attitudes—high chance for a passionate speech thrown into the mix. As an eternal geek and tomboy who’s always stepped to her own beat, she’s made it her mission to write stories that represent the broad spectrum of people out there, from different cultures and races to all varieties of men and women. Easily distracted by cats and sugar.