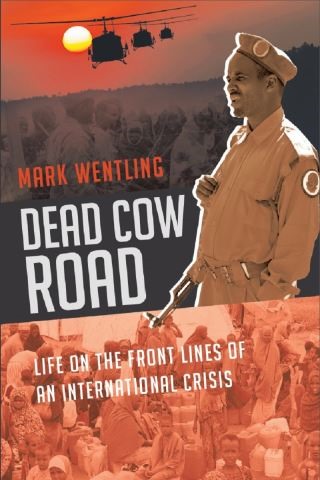 Dead Cow Road is a compelling work of historical fiction that focuses on the US response to Somalia’s 1992 famine. US Foreign Service Officer Ray Read reluctantly accepts an assignment not of his liking, but he persists in doing his duty for his country in war-torn Somalia in spite of his contrary views and tortuous personal problems. Through Ray’s eyes, the reader is provided an inside account of the US government’s controversial handling of Somalia’s complex emergency. The daunting challenges of coping with the harsh realities of a ruined country while trying to do good amid dangerous chaos are amply communicated. This book also imparts key facts about the history, people, and places of this troubled region of Africa. Given current interests and issues regarding the United States’ involvement in troubled areas of the world, this book is timely. Although Ray knows virtually nothing about Somalia, he is thrust into Somalia’s intractable problems and obliged to deal with some of its most unsavory actors. He finds some relief from the stress of Somalia and his marital problems by striking up a chance romance with a beautiful Kenyan woman. Ray lays his life on the line more than once, but his sacrifices are not recognized. In the end, he is portrayed as a mere cypher in a larger and rapidly unfolding intense scene of unpredictable international consequences. This well-crafted and gripping story combines exceptional political analysis with lively human drama. It also blends fictional characters with real-life people. The author demonstrates that he is a masterful researcher who has an exhaustive command of Somalia’s grim predicament. He artfully melds the results of his research with his firsthand experiences in Somalia to produce a remarkable book that educates and entertains. His previous three books, an African trilogy, established his high reputation as an authority on Africa. This book solidifies this reputation. The author is one of the rare people on Earth who has visited or worked in all fifty-four African countries.