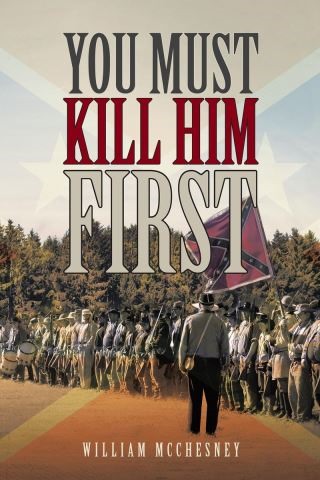 YOU MUST KILL HIM FIRST

This story begins in the early months of 1861 during a routine patrol along the Red River by a detachment of rangers working out of Waco, Texas. Their primary duty is to keep Indians on the other side of the river and out of Texas. Their duty is the safety of the settlers and this responsibility is sacred to them. Thaddeus Thorndike is the ranger captain leading this patrol and has been a ranger all of his adult life. His father served as a ranger captain before him and his brother is currently in overall charge of the Waco detachment. Everything is about to change however. Upon returning home from their extended patrol, they all discover that the civil war had begun and that Texans would be called on to serve the Southern cause. These men decided to serve, but not as individuals being drafted, but as a unit of highly trained horse soldiers or cavalry, and in order to do that, they must go to Tennessee in force prior to receiving draft notices. General Sam Houston was a close friend of the governor of Tennessee and was instrumental in getting them special consideration for assignment to a new cavalry unit being formed at that exact time. This is a portrayal of the exploits of that unit, the Third Tennessee under the command of Lieutenant Colonel Bedford Forrest. The following is a historically accurate account of that unit as it battled its way through the entire war. It allows for a side story to develop that makes this account so much more than merely another war story. Treachery, jealousy, and hatred rear their ugly heads and create a situation that goes far beyond the war and must be violently dealt with.