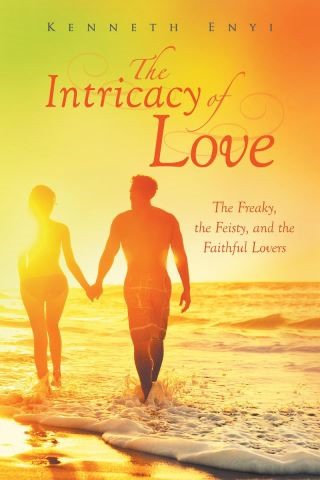 The Intricacy of Love

The Intricacy of Love is a hard-core, ruthless fictional romantic comedy novel with strong erotic, adult, and X-rated contents intended to entice the minds and to sexually arouse the horny readers and those who are open-minded both in the bedroom and out of the bedroom. You must be eighteen years and over and must be an open-minded person both in and out of the bedroom to read it. Naughtier than it is difficult to get. Just when a young and devilishly handsome Army captain, Captain Dwayne Aston King, thought that true love has eluded him-that he could never find that true love that he craves for-and had given up the chase because to him all hopes of finding it had vanished into the thin air, on the morning after a hot summer night at a beach front resort in Montego Bay, Jamaica, he thought that true love had finally found him. He thought that he had found true love in her-in the eyes of Dr. Ebboni Farqhuarson, a young, beautiful, and intelligent young lady who emerged from one of the notorious Jamaican ghettos to become one of the most sought-after pediatric oncologists in the Caribbean. Immediately when he saw her that night, he could not resist her beauty, and he approached her. He wouldn't have believed that the answer to "Can I have one dance with you?" he posed to her, and the ensuing actions that followed that answer, would leave an emptiness in his heart. It left a void in his heart that made him believe that she is the only one to fill that void. He decided to make her his woman, and he embarked in a treacherous journey to win over her heart and love. She offered him all manners of resistance because to her, love hurts. Love hurts because as a child growing up in that ghetto, she saw men taking advantage of her mother. They took advantage of her innocence and love, and they physically, emotionally, and sexually abused her. As she approached womanhood, she made a pledge to herself that she will never fall in love or have any sexual attachment with a man. That night, she had noticed his handsomeness, his body built like that of a Mandingo warrior, his gentleness, and his persistence; but she had determined that she will not allow those to overwhelm her resistance and break the oath she had made to herself. She did not want what happened to her mother because of love to come to her way. Her beauty, her intelligence, her sense of humor, and her sexual prose allured him more; and he was determined to give it all to win her over and to make her his woman, his lover. And he continued the chase while she continued to offer resistance . . . It became a game of hide-and-seek, but to him it was a serious game, a game that he wished he could win. Please make a comment after reading. Tell us truly what kind of lover you are-the feisty, the freaky, or the faithful lover. Remember, you can be all three and more.