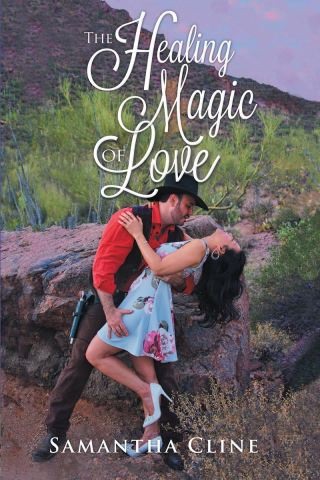 The Healing Magic of Love

Is it possible to be too attractive for your own good? Abby Carlson wondered sometimes. Did men only see her as a trophy to be won? It seemed that all the men she dated only wanted to use her, lie to her, and ultimately hurt her. Quite by accident, she meets her "hero," a man she never actually thought she'd have the chance to meet, let alone fall deeply in love with. And then there is the special connection they share, unlike anything she has ever experienced. It's like magic! When she loses him, it's extremely difficult for her to deal with. She has no choice but to live her life and start over. The only thing she knows for sure-reality sucks. Dr. Peter Chase is young, handsome, and successful. But Peter believes himself to be cursed. He has worked long and hard to become a doctor, and all he wants is to be taken seriously. But ever since his early twenties, he'd been told over and over again how much he resembles an actor who had died a year before he was born. And even worse, he hated being compared to the "outlaw" the actor had played on TV. But now that he was in serious trouble with some men who were threatening to kill him - or someone he loves. He had to wonder if he just might have a bit of outlaw inside him after all. And no matter how much he was attracted to Abby Carlson, now was not the time to get involved in a relationship. An actor, an outlaw, and a doctor - is it possible for one man to be all three?