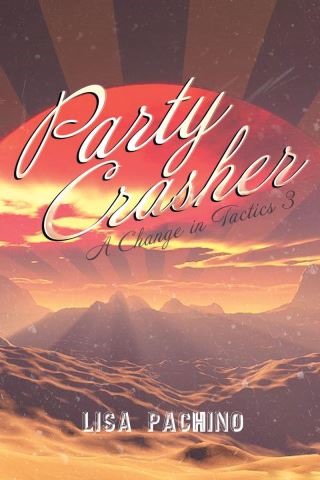 A Change in Tactics 3

What fun is there if there is no danger? After recovering from her confinement and torture, Dr. Leba Brader is reassigned to Infiltrator Company and must once again prove her worth while trying to maintain her relationship with Squad Leader Tivon Garnet and uncover the vengeful entity that is targeting her. Tiv Garnet is being pulled in multiple directions, trying to balance his love for Leba and his ability to command. He begins to question orders and decisions made by his colleagues and commanders where she is concerned. Tiv worries that his judgment is being clouded by factors he cannot control. Leba and Tiv work desperately to uncover the source of this new threat. Can either change tactics enough to overcome their insecurities and try to neutralize the systemic assault before they have to face even more devastating personal losses? Starting with Maiden Voyage and its sequel, Ice Breaker, Party Crasher completes the Change in Tactics trilogy.